In this episode of Digitale Leute Insights we bring together two experienced product & tech guys with similar starting points in their career: both Oliver Thylmann and Jason Harmon managed a network infrastructure during college and kickstarted into a tech career.

Digitale Leute Insights is the podcast for passionate product people. We interview product developers from around the world and take a closer look at their tools and tactics.
Host: Oliver Thylmann
Subscribe via: Soundcloud, Spotify oder iTunes.

Oliver is a serial entrepreneur based in Cologne, Germany. He is the co-founder of Giant Swarm, a 30-person SaaS company providing managed microservice infrastructure to big enterprises. In this episode he is eager to find out how Typeforms infrastructure is built to scale and how the company dealt with their pains growing up to over 200 employees.

The tech stack and how teams are organized

When Jason joined Typeform in March 2016, the platform for form-building started shifting gears from the tech point of view, he explains. As Head of Platform his challenge was to break up the monolithic PHP app into microservices. Later, Jason took over the role as CTO of Typeform. His mission is yet to be completed: “We still have things like users, accounts, teams and the core definition of a form processed by the PHP application, and it’s all backed by MySQL.” Everything the user sees though, he continues, is part of the new stack built with React, Javascript and Go, MySQL in the backend and Elastic to help with search, making the platform performant and scalable.

Read more about Microservices at Typeform and their new feature “Connect” in our TechEd:

Asked by Oliver how Typeform manages product development, Jason explains the overall structure. The leadership team defines not one but several goals which map to the so called colonies.These colonies consist of a group of cross functional teams. He lists: The funnel health strategy maps to the growth colony, the core product development maps to the experience colony and the developer and partner experience maps to the platform colony. When managing colonies Jason suggests to think about groups of teams rather than about a big organisation, providing space for the right level of bounded autonomy.

3 Levels of scaling up the company

Jason walks Oliver through three steps of how to scale a rapidly growing startup. [00:22:48]

For Jason the first level starts when your company has about 30 to 40 employees. For him It is important that everyone can hear each other. On this level there is no need to be too formal. After reaching about 70 employees the need for a clear vision arises, to bring everybody on the same page. And if you don’t have “all your ducks together”, Jason warns, you cannot scale past 150. It’s a magical border where suddenly the need for better designed processes and a better documentation emerges. It becomes important to bring people together to spend time outside of their teams. At Typeform, he describes, the office reception is a bar which turned into a cultural hub, where you meet people you don’t see every day.

From a technical point of view Jason states: Complex forms are hard to scale. Having a freemium business model Typeforms traffic is spiky. Especially forms of  bigger customers embedded into their campaign tend to peak.

But times are over where you have to call somebody to scale things up. “We basically have to be sure to have lots of overhead”, he explains. And Typeform is making sure to move more and more into everything being auto scaled.

This is not a survey tool, it is forms. 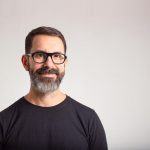 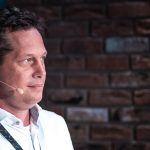