How will tools for design systems look in the future? Louis Chenais, co-founder at Specify has a vision: To allow large scale organizations to have total control over their branding with minimal possible friction through a design API. Without replacing tools like Figma but communicating with them.

About the Podcast
Digitale Leute Insights is the podcast for passionate product people. We interview software product developers, designers and product managers worldwide and take a closer look at their tools and tactics.
Host: Steffen Gorski and Thomas Riedel

What comes after design systems?

Design systems have helped large organizations for years now bridging the gap between designers and frontend developers. But „as design teams shift and grow, they need access to a consistent design language and component library in order to ensure consistency and to move quickly without sacrificing quality“, writes Tanner Christensen in his blog. The Head of Design at Gem envisions his post „What design system tools will look like in the future„. Especially for what happens when teams outside the design organization need to access the assets of the design system.

It was more about what comes next when Steffen Gorski, a Cologne-based designer, held his talk at a meetup about design APIs, an idea he had discovered in Matthew Ström’s essay „Design APIs: the evolution of design systems“ which he wrote in November 2019. In DL Insights Episode 33, Steffen interviewed Matthew about his idea. Matthew’s concept hasn’t been that clear back then when he says:

„I think that the design API is a tool in a design system. It’s probably not the whole system. But I think as we experiment and play with better ways of coordinating between designers and engineers, that design API might take over a large part of the system.“

This episode became a mix of relief and a revelation for Louis Chenais. At Specify, they had been working on a product for months. And when Louis listened to the episode talking about the word design API, they finally had the right expression to describe what they were actually working on.

Specify wants to be a design API

So how does Specify approach creating a design API? „The design system of tomorrow will be both: fully connected and tool agnostic“, Louis explains in this episode. Specify wants to function as the API, connecting all tools and teams to the design system. Decisions in Figma become available in every part of the organization, even for the marketing team building PowerPoint presentations, Louis explains.

What they are working with high priority on right now, Louis answered as he is asked by our host Steffen, is creating pipelines so that decisions between design and development get more fluid. Also, they are onboarding more and more teams to use the app. So if you want to see how the future design system might look, visit specifyapp.com and apply for early access.

About Louis Chenais
Louis graduated from HETIC: a french school teaching how to create web products. He worked as a frontend developer in startups and web agencies. Louis co-founded Specify in 2018, in which he holds the position of Chief Evangelist. His job is to communicate about Specify and promote a design API’s usage within a design system. Since 2020 he is an editor for the Design Tokens Community Group, working on a standard for design tokens.

About Steffen Gorski
Steffen is an independent designer from Cologne, focusing on the ideation and creation of digital products, systems, and services. After studying design in Cologne, Essen, and Dublin, he started his own business, working for companies and agencies from different sectors – like Vodafone, Deutsche Telekom, and BMW. Next to that, he’s working as a lecturer for interface design at a local university. 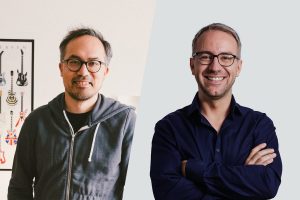 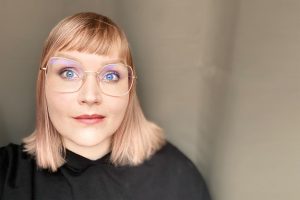