Learn in this episode how a design system can feed into a design API. With design APIs and design systems, designers and developers don’t have to talk so much about typography and colors anymore. They can focus on how to optimize the user experience instead.

About the podcast
Digitale Leute Insights is the podcast for passionate product people. We interview product developers from around the world and take a closer look at their tools and tactics.
Host: Steffen Gorski
Subscribe via: Soundcloud, Spotify, Deezer, Google Podcasts or Apple Podcasts.

In this episode you learn:

When Steffen Gorski, designer and lecturer in Cologne, discovered Matthew Ström’s essay “Design APIs: the evolution of design systems “, he decided to use it as a basis for his talk at a design meetup in Cologne. When Thomas, editor at Digitale Leute, joined that meetup, the idea was born to bring Steffen and Matthew together for an episode of this podcast.

About the communication between design and tech

Get a Remote Job at a Company you loveSIGN UP FOR FREE“There was a time when a designer spoke via a jpeg to the frontend developer” Matthew explains to Steffen in their recording session. When design systems came up and new tools like Sketch, that situation improved significantly. Frontend developers didn’t have to guess the data behind a design anymore. Now, there was a document in which they could find the actual color code, the typeface names, or the spacing between items.

Still, in the process of copy-pasting those items, a lot can go wrong and more time is wasted to get things right. The idea behind a design API is to reduce that need to talk about colors, typography, and pixels but to optimize the actual user experience.

Matthew uses his personal experience in this episode to illustrate the benefits of a design system. When he worked at The Wall Street Journal, they changed the entire typography of the website. One hundred people worked for two years to make all the necessary changes. Despite those enormous efforts, even years later, he still finds pages with the wrong typeface.

With a design API, you make the change once and let the API propagate that change throughout the whole system, Matthew explains. In his experience, a fully functioning design API has neither been developed nor implemented at this point. To make such a concept work, site providers need to put a lot of effort into improving their tools and processes, both Matthew and Steffen agree.

About Matthew Ström
Matthew Ström never went on the path of traditional education as a designer. After studying Physics and Philosophy, he went hands-on with his own company, where he managed designers and built a design teams. After being Senior Product Design Lead at SoundCloud, Dow Jones and Bitly, he joined Simple Health. At Simple Health, Matthew builds up a holistic design system.

About the Host
Steffen Gorski is an independent designer from Cologne, focusing on the ideation and creation of digital products, systems, and services. After studying design in Cologne, Essen, and Dublin, he started his own business, working for companies and agencies from different sectors – like Vodafone, Deutsche Telekom, and BMW. Next to that, he’s working as a lecturer for interface design at a local university. 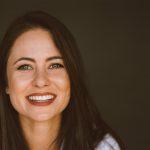 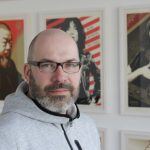