What started two years ago as a Net Promoter Score based startup is now an integrated experience management platform with over 100 customers and 60 employees generating income. Lukasz Lazewski, co-founder and CTO of Zenloop, provides insights into the remote work company, its Spotify-alike product development, and its API-based tech stack.

About the podcast
Digitale Leute Insights is the podcast for passionate product people. We interview product developers from around the world and take a closer look at their tools and tactics.
Host: Thomas Riedel

“My main passion is Software as a Service and solving a particular problem,” Lukasz explains, when I asked him what the red-hot thread in his career is. “That’s what excites me.”

Sixteen years ago, he traveled to Ireland after graduating in Warsaw at the Japanese-Polish Institute of Technologies in Computer Science with a specialization in Software Engineering and Data Mining. What was supposed to be a couple of months, Lukasz explains, turned out to be a good five years, where he worked at AOL and Advertising.com to learn “senior stuff from big companies.” In mid-2010, he left the Isle of Man to move to Berlin to work at something more cutting edge. He started a couple of startups “with various degrees of success,” as Lukasz describes it. One which you might have heard of was BrandNew, a Software as a Service startup for managing influencer campaigns.

While still thinking about new ideas for startups, he met Björn, founder of Flaconi for a coffee, and then for dinner with his co-founder Paul. They pitched their idea of Zenloop. Lukasz liked the philosophy of product building and the appreciation of agile methodologies and joined them to build what was back than a startup about the Net Promoter Score.

“I like working in an environment where I can have influence and shape myself, remoteness included,” Lukasz explains in this episode. The first step was to build an MVP and to choose the tech stack. Although he was deep into Ruby on Rails, Lukasz decided to go for Elixir. Also, considering hiring people in RoR is almost impossible. But besides Elixir not being good with strings, Lukasz did not regret his weapon of choice. Python comes in handy when you need it.

As the availability of developers on the job market was also a reason to go for Elixir, the same counts for the decision to become a remote company. There is a significantly bigger talent pool when you do remote, Lukasz explains. You can pick very specific skill sets. As I asked him what kind of management methods he uses in a remote working environment, Lukasz replies: “We just start with trust.” 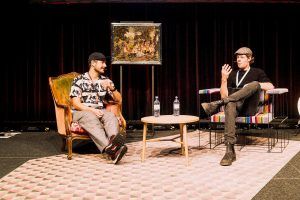 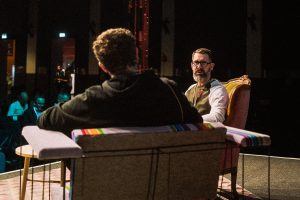