Daniel explains which role platform engineering plays at Adidas so that they were able to increase revenue from 40 million to 4 billion Euro and how he convinced the upper management to do more insourcing.

About the podcast
Digitale Leute Insights is the podcast for passionate product people. We interview product developers from around the world and take a closer look at their tools and tactics.
Host: Oliver Thylmann

In this episode, you will learn:

When Daniel joined Adidas in 2012, the decision to change how the company lines itself up was already made. Back in 2007, Daniel tells us in this episode, everything was outsourced and the company was in bad shape. Five years later the process of insourcing was in full roll. First, Daniel helped to scale up the US market and reduced server downtimes drastically until they were non-existent. Then he started to develop a monitoring dashboard, an initiative, which shook up a few of the managers and induced a mental shift. After two weeks the tool was already able to show data and had none of the downsides of the former tool. From there on Daniel helped to internalize development and processes at Adidas.

In the last two years, Adidas hired over 320 engineers to build up the capabilities needed for intern development. The engineers are spread across Herzogenaurach – which Daniel calls “Herzo” so often in this episode, Amsterdam and Saragossa. Especially hiring in Spain and building up that office was remarkable, Daniel says:

Hiring in Spain was like dynamite fishing. You throw something into the water and people were popping up.

The next step was to re-architect the solution. As an overhaul of the design and new features were pending anyway, it was time to start with the product detail page. Asked how they managed to do that, Daniel answered: “How do you eat an elephant? You cut it into pieces.”

So they started with PDP, parallel distributed processes, rolled it out country by country and when that was done they went to the next page.

Today the Adidas digital platform is a combination of Kubernetes, Kafka and API Management which can handle quite a load. When Daniel joined Adidas Selena Gomez announced the collaboration with Adidas Neo, he tells. Ten seconds later the platform was down. Today Kanye West tweets out about the new Yeezy and the site can handle one million sales in 48 hours.

About the Host:
Oliver is a serial entrepreneur based in Cologne, Germany. He is the co-founder of Giant Swarm, a 30-person SaaS company providing managed microservice infrastructure to big enterprises. 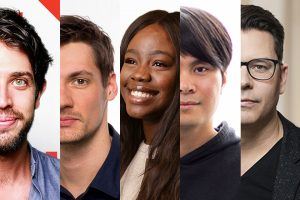 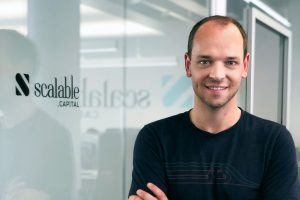